Vehicles are constantly evolving to keep up-to-date with technological advances and the harsher pressures they are facing on our roads; and no component of the vehicle bears the brunt of these pressures more than the battery, asserts Easystart.

Over the years the vehicles that are out on our roads have evolved measurably, and batteries have had to evolve with them to keep up with the demand. New technologies, such as built in satellite navigation, Bluetooth telephones, storage and cooler units, GPS trackers and many more multimedia aspects, all put a much greater demand on the battery.

In the past it was as simple as SLI (Start, Lights, Ignition); however, today’s modern vehicles require much more than this. In fact, many of the CV & PSV vehicles of today have to cope with extra loads and harsh drive cycles while many of these extra loads also have to be run and supported on both ‘Engine On’ & ‘Engine Off’ situations. All of this helps to cycle the batteries deeper than before which can inherently shorten the batteries chemical and serviceable life if it’s not suitable for the vehicle it’s fitted to.

The Easystart range of Monbat automotive and commercial batteries are designed to support all the added stresses and strains that vehicles today impose upon their power source. Monbat’s range covers the full spectrum from entry level vehicles right up to high performance stopstart applications. The company is constantly working with customers to make sure the correct batteries are fitted to the right application to ensure maximum performance and life out of its batteries.

The battery aftermarket relies not only on fitting the correct battery to the correct vehicle but also supplying the service to be able to test and offer technical support to customers. Easystart works in conjunction with Rotronics ensuring that its facilities and customers have the best equipment and training to make sure that there is a clear and understanding approach to battery warranty.

Rotronics is the UK & Ireland partner for the Midtronics range of  battery testing equipment, which are designed to be able to give a clear and accurate result on battery failures for Easystart and its customers, in the same way they do for both vehicle and battery manufacturers alike. For the workshop or operators, they are able to get a quick and credible result on battery performance without putting the batteries under load and thus, not having to remove batteries from vehicles.

Midtronics can test AGM & EFB batteries on both 12 and 24-volt vehicle systems to enable them to identify other problems on vehicles that are often to blame for batteries failing, such as worn starter motors, faulty alternators, and vehicles with excessive drains.

Midtronics also has equipment that can test all types of Lead-Acid Batteries, including; Flooded, AGM, Spiral, and Gel, and include AGM and EFB Stop-Start Batteries. It can also test new batteries as well as in service batteries.

Whether or not a battery has failed due to a genuine warranty defect, abnormal abuse or over-use in service can be a difficult conversation and one that many battery suppliers may hide from by just supplying a replacement.

Easystart understands that it is ineffective to simply supply a replacement battery under warranty when it is in fact a pre-existing problem on the vehicle or its drive cycle that is the issue as it will almost certainly mean that any replacement battery will also be returned under question without this other issues being attended to. The company prides itself on offering the full service package of; supply, technical support and customer service, rather than just being a battery supplier.

This article was published in the CVW Magazine in November 2015 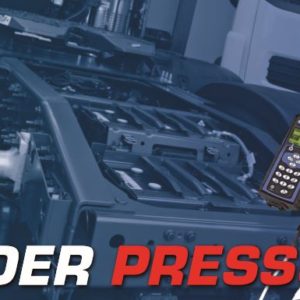